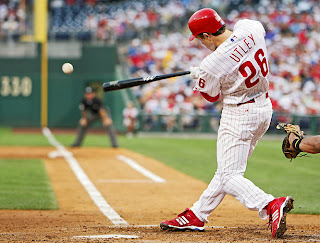 Apparently, "good news" is nothing more than an oxymoron. Open any newspaper or tune into any 24-hour news network and you'll be inundated by murder, rape, fire, war, scandal, and Snooki. I wish there was such a thing as a "Good News Newspaper" that would report only on things like suburban test scores, successful puppy adoptions, and the amazing good health of Chase Utley. Obviously, this would be more like a Good News Leaflet, and that last bit is completely erroneous.

The Utleys adopting puppies? The best news EVER!

To compound my consternation about Chase's injury, the situation in Libya is getting much, much worse. Thankfully, Obama and Secretary of State Clinton are maintaining that it should be the duty of the United Nations And NOT the U.S. to intervene in their bloody revolution, a far cry from our usual rhetoric of "Team America, World Police." I mean, why should Libya be America's problem anyway? Can we not just send Sarah Palin over there with a rifle and say we tried?

Also, dammit Raj Rajaratnam! A black eye for the South Asian community. Up until now we've been exemplary, except for that mediocre paneer I ordered the other night and every movie Shyamalan made after The Sixth Sense.

But of course, the worst news of all is that of the Phillies' All-Star 2nd baseman. The prospect of losing Utley to season-ending surgery makes me like, 15% less excited about baseball season. Chase Utley IS baseball, man! Consider it this way:

Jimmy Rollins is confidence and swagger. Ryan Howard is homeruns. Chase Utley is keep-your-mouth-shut-don't-act-like-a-star-don't-even-smile-or-talk-to-teammates-on-the-bench-ever-bust-your-ass-everyday BASEBALL. Unfortunately, that attitude may turn out to be his tragic flaw, as a knee problem that could have and should have been looked at in October may cost Chase Utley the 2011 season. The Phillies might have to try and capture their 3rd ever WFC without the man, the myth, the legend who coined that very phrase.

Without Utley's (and Jayson Werth's) presence, the shimmer around the Phillies lineup fades to reveal a pretty ordinary group of hitters. It's like they all might as well be a bunch of Lieberthals and David Bells... average pros, but outside of Howard, nobody really scares you. The current incarnation of JRoll is revealed as nothing more than a 7 or 8 hole guy.. not a former league MVP and offensive catalyst. But forget his 2007 season, Can JRoll just return to a form that made him the Phillies' engine? He dropped a bunt single in yesterday's game against the Tigers, offering signs of hope that he finally understands he's never going to hit 30 homers again and needs to help the team with his speed. Patience at the plate will be paramount for him and Victorino to avoid the easy outs and quick innings that led to so many low-scoring outputs for the Fightins in 2010 (74 games games scoring 3 runs or less). 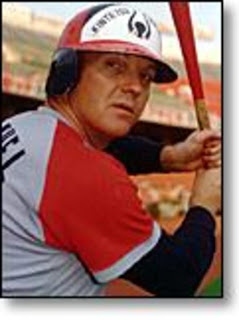 No matter how Unc Cholly and his new 2-year extension configure the lineup, the good news is that the San Francisco frickin Giants won the World Series last year with a lineup that featured schlubs like Edgar Renteria, Juan Uribe, Freddy Sanchez, and Pat the Butt. Bottom line? While an Utley-less Phillies team would no longer be the prohibitive World Series favorites, as long as the 4 Aces are standing, nobody wants to f*ck with Philadelphia.
Posted by ONE GOAL at 7:30 AM No comments: 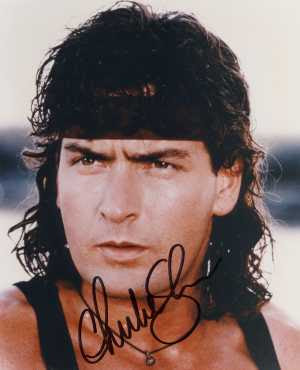 28 page hits yesterday... #winning! Just 2,055,217 away from Charlie Sheen. Now that I've gotten my mandatory Sheen name-drop out of the way, I just wanna say I'm putting the over/under on his relevance at about 2 days. Feel free to call me out when he's battling Oprah atop the heap of branded media moguls by Christmas, but the shock factor has worn off for this blogger. 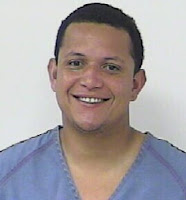 Amidst all the Sheenanigans, nobody in MLB comes out looking better than Miguel Cabrera. Now his clownish behavior and raging alcohol problem are like "whatever dude."

Another sports figure under some "Heat" right now is Eric Spoelstra, who told the press after a brutal last-second loss that his Miami Heat players were "crying" in the locker room. And now everybody in Miami's trying to diffuse "Crygate" because Lebron and DWade look like huge, insufferable pussies. LOL!!! This has to be one of the single worst comments made by a head coach, ever! Expect Pat Riley or some other scmhoe to be coaching the team by the end of the year. Are you kidding me, Spoelstra?! 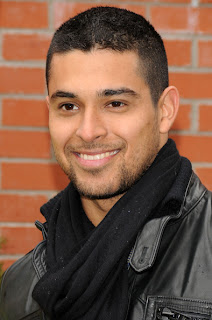 Speaking of crying, the Phildawgs got perfect-gamed through 6 by the stupid Yankees, including 3 perfect innings by AJ Burnett and his terrible tattoos. The pathetic display by a bunch of regulars (Rollins, Victorino, Howard, Fracisco, Polanco) was mercifully put to an end when Wilmer Valderrama knocked a solo shot to get the Phils on the board. Valderrama, whose name is actually Wilson Valdez, is the new All-Star 2B for the Phillies, who lost this split-squad matchup 7-1. Oswalt looked crusty. (but still the best #4 in the Majors).
Posted by ONE GOAL at 6:42 AM No comments:

Ahh, blogging on the subway.

How does one have BO this early in the morning? While wearing several layers and a winter coat? (Not talking about myself). I'd imagine this is what David Wells smells like all the time. Speaking of which, that's the best you could do, TBS? Seriously? Somebody get on the phone with Lenny Dykstra's agent; Duder is probably available for work right now. 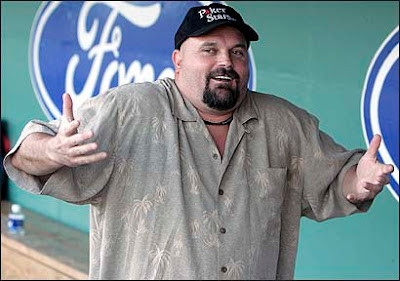 So it's back to the Phillies beat as we draw closer to Opening Day. A couple big things happened over the weekend:

- Utley gets a cortisone shot in his ailing knee.. Maintains company line of "NBD"

- Dom Brown fractures hand and THEN gets 1st hit of spring in same at bat. Break it more often, yea?

Obviously, item #1 is a lot more distressing than item #2. WTF, Chase? Did you not apply enough Vaseline in the offseason? We trade for one of the best pitchers in the game, finally get our SS to put the Bieber album down and committ to his actual job, and then you go and get hurt. W.T.F. I'm not even going to try and put a positive spin on this; please get this man back on the field ASAP, Phillies medical staff.

Unlike the Utley injury, The Domonator going down truly is NBD for a couple reasons.

1) Little Brown is just not ready. Sorry Domo, but figure out that Craig Counsell swing in the minors. This could actually be a blessing in disguise, as it allows the kid to get his head on straight while his hand heels. Then he can work on getting his game together at Lehigh Valley where it won't hurt the Phillies.

2) This is the year of Benny Frank. Most Phillies fans probably considered Benny as a bag-o-balls when he was acquired in the '09 Cliff Lee deal. But what most don't realize is that Francisco was actually a starting OF with an OPS over .800 who was starting to blossom when he got the news that he'd earned a spot next to Greg Dobbs on the Phillies bench. Now? Benny's got the starting RF job in his back pocket, and is absolutely raking this spring. He's a seasoned pro coming into is prime, and is no doubt pumped for his opportunity to be a big-time contributor on a championship calibre team. This is HIS year, HIS time, and I'm calling it right now - BFrank will be the best Phillies OF this year. And most importantly, he'll outperform that goateed douchebag in DC.
Posted by ONE GOAL at 7:19 AM No comments:

COLE COULD BE CASH

If you had to liken one member of the Phils new Legion of Aces to Christina Aguilera, it would no doubt be Colbert Hamels. The celebrated diva has seen many highs and lows throughout his young career, from carrying the Phillies through the 2008 postseason to quitting on the team in the middle of the '09 World Series.

But could the Nerdly One be the best player in the 2011 Phillies rotation? It's not as safe a bet as "will Joe Blanton still be just as fat or even fatter by the end of the season," but the odds aren't as long as you might think.

Buried under the hoopla of the Halladay perfect game and no hitter, the trade for All-Star hoss Roy Oswalt, and the signing of our hero Cliff Lee, Hamels ended 2010 as one of the best lefties in baseball. Being surrounded by an accomplished trio of aces (and the Five of Chubs) seems to bring out the best from the once-whiny Californian, as he appears to already be in midseason form this spring. Best of all? He's just 27 years old. If he can stay healthy (and that's a times-new roman size-72 IF) the best is yet to come from Molbert. M Mammals, and the aging Phillies are surely gonna need it.
Posted by ONE GOAL at 7:10 AM No comments: