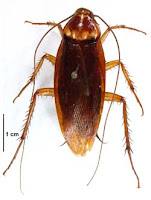 They were looking at me funny on the subway this morning, as if they knew I was still wearing the same clothes from last night. Schoolchildren and jobless i-bankers alike stared at me with equal parts curiosity and fear. Maybe it was because my eyes were as bloodshot as the red hat on my head, but it probably had something to do with my t-shirt that read: "Dallas Sucks... T.O. Swallows." (Ask Tony Romo... it's true)

New Yorkers, welcome to the Philadelphia State of Mind.

All the Mets-bashing this summer was just time-wasting. Ladies and gentlemen, the Cockroaches are back. The Dallas Cowgirls barely beat the Eagles at home last night, in front of thousands of nervous fans and the skeletal remains of Jerry Jones. Jessica Simpson accidentally went to the Astros-Cubs game being played in Milwaukee, and was nowhere to be seen. The pressure was squarely on the shoulders of this over-hyped version of "America's Team," and we let them off the hook.

It was a marquee matchup of two NFL powers in an early season showdown for NFC East bragging rights. As the non-funny bald man Tony Kornheiser put it: "These two teams have to be looking around and saying... Who's better than us?"

The answer to that lies in the next 20 weeks of the NFL regular season and playoffs, a grueling marathon of attrition that leaves only 1 team standing at the end. The Eagles fared well in what will likely be one of their most difficult games of the season. The Cowgirls have to wonder how good they really are, if an 8-8 team without it's 2 starting wide receivers can move the ball as easily as McNabb and Co. did last night.

The game against Pittsburgh next weekend now looms large for the Iggles. If they play like they did last night (sans DeSean Jackson's Leon Lett moment), they're going to beat the Steelers, and most of the teams on their schedule.

hey asshole, there is more than one team left at the end of the regular season (I assume that's what you were referring to). In fact, entering the playoffs there are no less than 12 teams. Eat shit.